Do something good for yourself today - read a book! 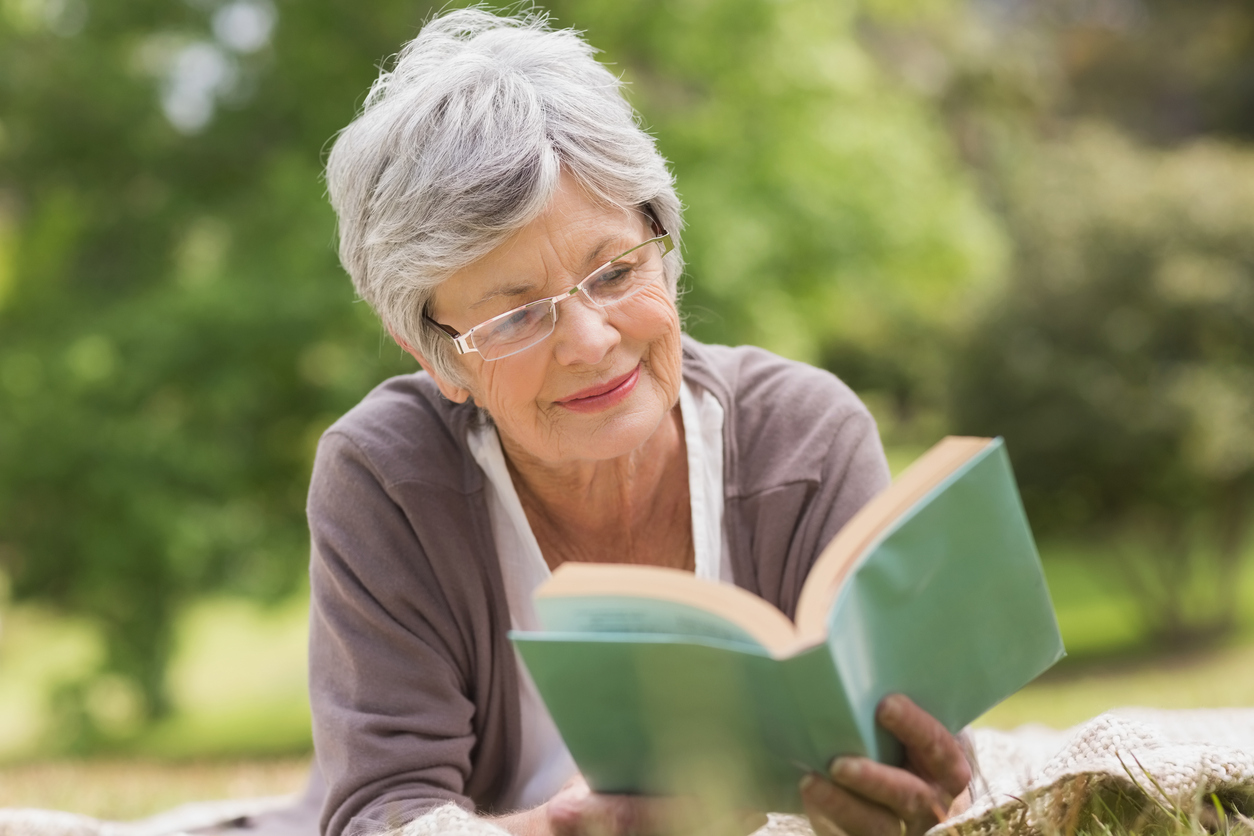 In university I minored in English partly so I had an excuse to read more books. My mother was a voracious reader and she always had a book in hand and a smile on her face.  I followed her example and fell in love with the written word. I was captivated by Thomas Hardy’s Eustacia Vye, J.D. Salinger’s Holden Caufield and young Scout in To Kill a Mockingbird. In recent years, however, I’ve lost my reading ‘habit’ - with three kids and a busy career I usually scroll through my phone quickly before bed and fall asleep without picking up the book on my nightstand. After doing the research for this article, it’s time to get back into that habit because as it turns out, reading is far more beneficial than just a relaxing past time - it’s actually good for you!

According to BookNet Canada, a non-profit organization that develops technology, standards, and education for the Canadian book industry, Canadians are reading a little bit less each year. In 2014, 88 percent of Canadians said they had read a book in the last year. In 2017, that dropped to 81 percent. This is reflective of a steady but slow decline over the last several years. People who do read continue to choose books based on the ever popular ‘word of mouth’ and more recently, online reading groups. Up to 35 percent of those respondents also said they belonged to book clubs.

The participation rate for reading appears to vary across age demographics. The 2015 Canadian census reported that the participation rate for leisure reading increased with age. For example, 24 percent of adults between the ages of 55 to 64 reported reading compared to 42 percent of adults aged 75 +. Perhaps if everyone knew just how good reading was for you, people of all ages would be more inclined to pick up a book! Let’s take a closer look at some of the latest research on reading and brain health.

A study published in the journal Neurology found that people who read frequently throughout their lifetime experienced cognitive decline at a slower rate than those who didn’t. Furthermore, according to an article published in Psychology Today in April of 2018, “remaining an avid reader into old age reduced memory decline by more than 30 percent compared to engaging other forms of mental activity.” The article also purports that renowned billionaire Warren Buffet spends at least 80 percent of his day reading.

For fiction lovers, the news is even better. A study by neuroscientists at Emory University in the United States and published in the journal Brain Connectivity, found that reading a book of fiction enhances brain connectivity and can improves brain function. This is not a new finding per se, however, the study discovered that these neural changes were present in a follow up MRI scan a few days after a randomly assigned novel was read. The lead author on the study Dr. Gregory Berns reported that, “even though the participants were not actually reading the novel while they were in the scanner, they retained this heightened connectivity. We call that a ‘shadow activity’, almost like a muscle memory.”

Dr. Berns also said that even though researchers don’t know how long these changes might last, it does bring forth an interesting hypothesis. “The fact that we’re detecting neural changes over a few days for a randomly assigned novel suggests that your favorite novels could certainly have a bigger and longer-lasting effect on the biology of your brain.”

Books have certainly had a lasting impact on me. They’ve transported me to parts of the world I have never been, helped me see things from a different perspective and inspired self-reflection. I’ve also relied on books during some very difficult times in my life. Getting lost in a good book is one of the best places to be. Research from Mindlab International at the University of Sussex confirms that reading is better at reducing stress than other forms of relaxation like listening to music or going for a walk. In fact, after only six minutes of reading, the heart rate of test subjects slowed down and the tension eased in their muscles.

The research confirmed that reading reduced stress levels by 68 percent, compared to listening to music (61 percent) or having a nice cup of tea (54 percent). The lead author of the study said in a Telegraph newspaper interview that, “by losing yourself in a thoroughly engrossing book you can escape the stresses of the everyday world – this is more than merely a distraction but an active engaging of the imagination as the words on the page stimulate your creativity.”

To spark your own creativity, consider asking friends, family members or neighbours about the best book they’ve read lately and put it on your summer reading list. And think about trading in that social media feed on your smart phone or the TV remote for a good book and your brain will thank you for it!