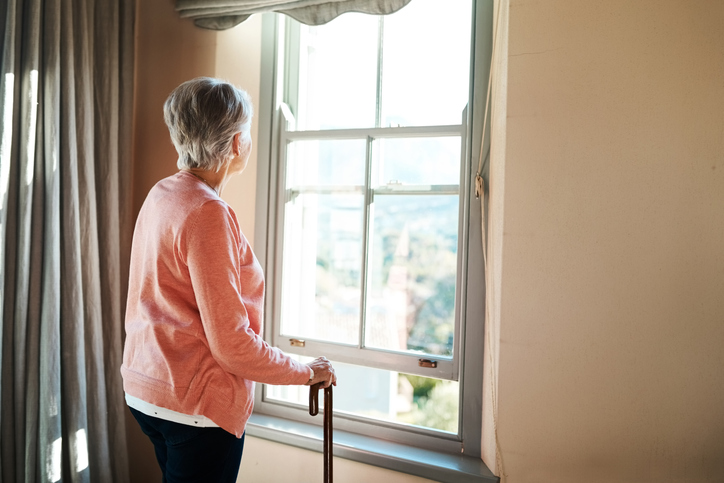 On Tuesday June 15th, we hope everyone will join Victoria Lifeline in recognizing World Elder Abuse Awareness Day. Each year, the world comes together to raise awareness of the mistreatment of older adults and highlight the need for appropriate action. Please take a moment to read Margaret's story of broken trust as she opens up about the financial abuse she suffered at the hands of her son. Only one in five cases of elder abuse is ever reported and we hope to change that by joining this global awareness movement.

Margaret (whose name has been changed to protect her identity) hasn’t seen her grandchildren in a very long time. Her voice strains with emotion when she talks about the betrayal and broken relationship with her only son and his family. After a lengthy legal battle that still isn’t resolved, Margaret finally regained control of her own finances after giving power of attorney to her son, but it has come at a terrible price.

“I didn’t see him on Mother’s Day. I wish he would just apologize so I could forgive him, he’s my only son. But he’s left me with nothing…” Margaret stops talking and looks away, holding her hands up to her face. Despite what he has done to her, she is still a mother who loves her son.

Margaret is one of the thousands of Canadian seniors who have suffered financial abuse at the hands of a family member. The most common form of elder abuse, financial abuse is defined by the Winnipeg Police Service as, “Any actions, with or without the knowledge and/or consent of an older adult, which results in the loss of money, property or possessions.” This could include the theft of pension cheques through deceit of other forms of emotional manipulation and the misuse of power of attorney, joint bank accounts or credit cards.

According to an overview from the Canadian Centre of Elder Law, if the abuser is an adult child, he/she may be experiencing financial problems or a recent job loss. They may also have underlying mental health or addiction issues. “The abuser may rationalize the mistreatment with a false sense of entitlement toward the senior’s money or belonging: e.g. I am the only daughter, I deserve the money.” Whatever the rationalization, the impact of abuse by a family member is devastating.

Margaret always felt responsible for her son’s economic well-being, knowing he wasn’t very good with money. He asked her to pay off his credit card debt twice and help with the mortgage so he wouldn’t lose his house. There was always a promise to pay the money back, which never came.

Margaret’s life took a turn for the worse when she lost her beloved husband; living alone for the first time, she started drinking to help cope with the pain and loneliness. Her health quickly deteriorated to the point she was no longer able to care for herself. She signed power of attorney over to her son, who insisted on moving in to take care of her. After a serious fall, Margaret moved to a personal care home to receive 24-hour-a-day care while her son continued to live in her home.

It wasn’t long until things started to change with her son. He would tell Margaret there was no extra money to get her hair done or buy snacks. “Where has all my money gone?” she asked him. Indignant, he would reply that taking care of her was expensive. “He made me feel so guilty,” Margaret explained. She worked hard during her younger years and had a good pension, savings in the bank and a line of credit. She was suspicious, but trusted her son had her best interest at heart.

Within two years, Margaret’s health improved dramatically under the excellent care of the staff at her home. She was re-assessed by the geriatric team and deemed ready to leave the personal care home to live at an assisted living facility. Margaret was thrilled as she missed her independence - her son, however, was not. He refused to give her access to her own financial accounts, and insisted she was not ready to live on her own. Margaret felt she had no choice but to remove her son as power of attorney and appoint another family member.

By the time the dust settled, she was almost destitute. He had maxed out her line of credit, drained her bank account and racked up thousands of dollars on a credit card in Margaret’s name. “It’s very hurtful you know,” she explained, her eyes welling with tears. “I would have left it all to him anyway when I was gone. Why couldn’t he just have waited?”

Dara Maternick, from Prevent Elder Abuse Manitoba (PEAM) said Margaret’s situation is a growing concern across the country and experts believe that for every report of elder abuse, there are another four cases that go unreported. “We want to help change that,” Dara explained, “The 633 calls to the Senior Abuse Support Line in one year is probably just the tip of the iceberg.” Since 2002, the Manitoba government has led a provincial elder abuse strategy that includes support for PEAM, a central point of contact for elder abuse prevention.

If you or someone you love has been the victim of elder abuse of any kind, you can call the Seniors Abuse Support Line at 1-888-896-7183. You can also call the intake line at A&O: Support Services for Older Adults at (204) 956-6440. They provide elder abuse support and counseling to Manitobans aged 55 and older. Concerned family and friends are also encouraged to call A&O if they need information on how to help. All calls are strictly confidential. To learn more about elder abuse and how to recognize the signs, please visit the government of Canada's webpage on elder abuse. We also encourage everyone to wear purple on June 15th to show your support!

Author Krystal Stokes is the Communications Manager at Victoria Lifeline and former board member of the Manitoba World Elder Abuse Awareness Committee.